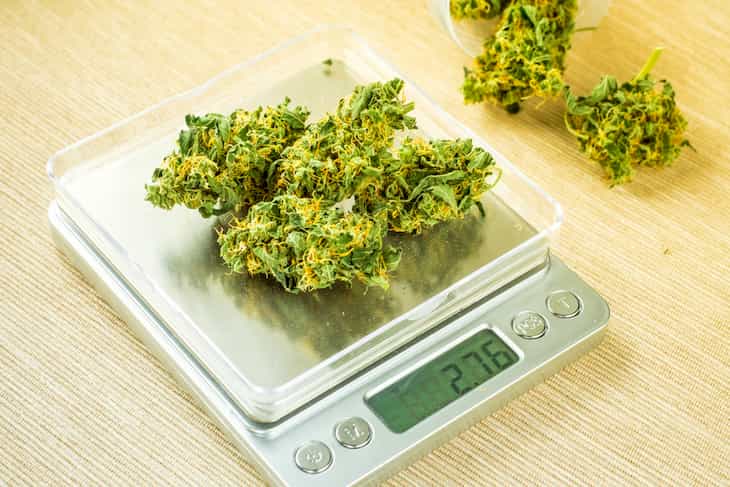 Cannabis enthusiasts crossing the Canadian border have barely two days to start grappling with a new stringent measure, to declare cannabis and its products in possession. Beginning Monday, March 29, travelers who provide false information about carrying cannabis over the Canadian border could face fines.

No bringing cannabis across the border

Recreational marijuana has been legal in Canada since 2018, but it’s illegal to carry it across the border without express permission or exemption. According to the Canada Border Services Agency, travelers who give false information to an officer or fail to declare imported goods containing cannabis, including CBD products, could face fines between $200 and $2,000.

Besides, those in possession of undeclared cannabis could lose their membership in programs such as NEXUS, which facilitates faster border crossings for pre-approved travelers, or the Free and Secure Trade (FAST) program, which provides commercial clearance services.

According to the agency, serious cases might attract prosecution. It also emphasized that its mandate is to discourage illegal activity while also avoiding criminal charges.

“The government of Canada is working to reduce the burden on the criminal justice system resulting from cannabis-related offenses while still deterring illegal activities,” the Canada Border Services Agency said in a statement.

Culprits who dispute a ticket will have 90 days to request a ministerial review of a border officer’s decision.

In another cannabis-related development, Jamaica has given the nod to retail cannabis. The Select Board in Vermont voted on Wednesday to approve recreational marijuana sales beginning next year.

“I feel this is the first step to lay the foundation, and from here, there’s still a lot of building that needs to be done,” said Greg Meulemans, the Select Board Chairman.

While the vote can be overturned, Vermont municipalities have already started voting on whether to allow retail cannabis. Meulemans added that many details on the rollout of retail cannabis are still being worked out, but there are potential economic opportunities for the town.