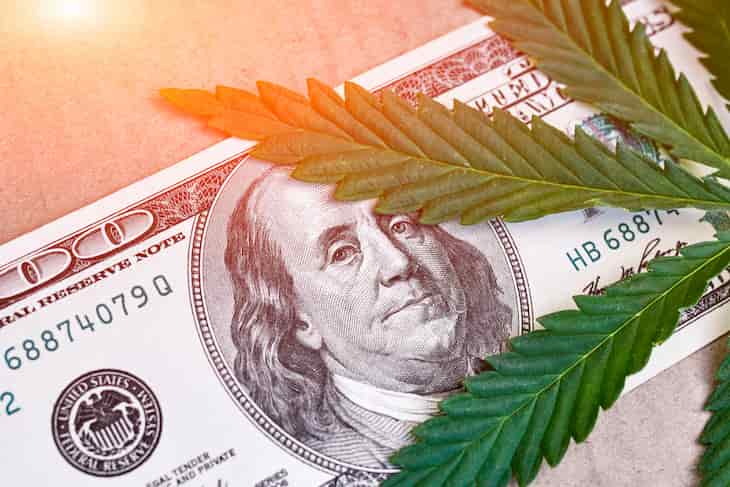 On Monday, the U.S. House of Representatives approved the SAFE Banking Act, which allows banks to provide services to marijuana businesses in states that have legalized it. This step aims to remove the ongoing inconsistencies between state and federal cannabis laws.

In a 321-101 vote, House members passed the H.R. 1996 bill, which seeks to create a legal, safe harbor for financial institutions to conduct business with state-licensed and regulated cannabis companies.

“For the first time since Joe Biden assumed the presidency, a super majority of the House has voted affirmatively to recognize that the legalization and regulation of marijuana is a superior public policy to prohibition and criminalization.”

More than 40 percent of Americans live in a jurisdiction where transactions involving marijuana sales are permitted under state law. Additionally, the majority of Americans reside in a state where medical cannabis sales are legal.

The new law aims to harmonize state-legal markets to ensure that cannabis business owners are not discriminated against regarding banking services. While there could be a lot more work to do regarding market control and efficiency of the markets, this is the beginning of new things to come.

“However, the SAFE Banking Act is only a step at making sure that these state-legal markets operate safely and efficiently. The sad reality is that those who own or patronize the unbanked are themselves criminals, in the eyes of the federal, which can only be addressed by removing marijuana from the list of controlled substances,” Strekal said.

Previously, banks have been unwilling to conduct business with marijuana-affiliate businesses for fear that they could conflict with federal laws. Marijuana companies had limited options and could only rely on a few financial institutions or conduct business in cash. The American Banking Association has been aggressively pushing for the “SAFE Banking bill.”

In a letter written to legislators on Monday, the group said, “Banks find themselves in a difficult situation due to the conflict between state and federal law, with local communities encouraging them to bank cannabis businesses and federal law prohibiting it. Congress must act to resolve this conflict.”

Monday’s vote marked an important mile on the road to repealing the federal prohibition. However, the lawmakers in both chambers still need to take much more action. According to the National Congress of State Legislatures, 36 U.S. states have legalized medical cannabis while 17 states allow recreational marijuana.