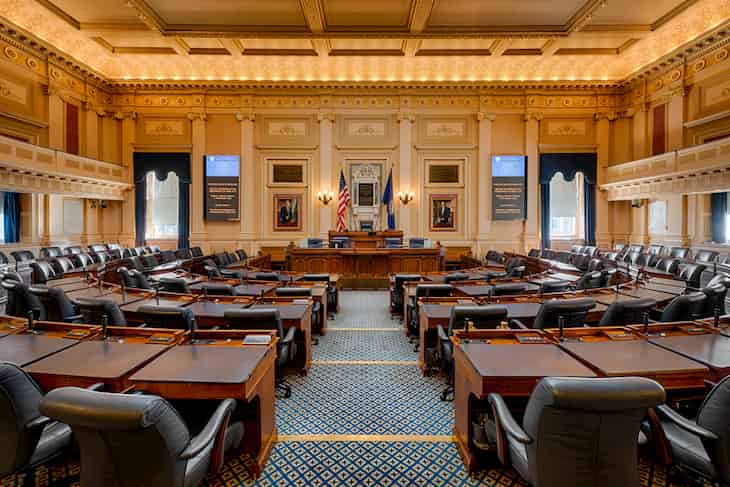 It’s now official that Virginia State vote to legalize recreational marijuana in 2024. This is after the lawmakers in the Old Dominion passed the bill on Saturday. As the Associated Press reported, the bill was a top priority for the Democrats-allied state, coming as a way to end current laws that disproportionately target people of color.

Recreational use and retail sales to start in 2024

All the same, Virginia residents will wait for at least three years before they can legally use and sell recreational marijuana. The compromise bill cleared both the House and the Senate. It will proceed to Governor Ralph Northam (D) to sign it into law.

State Senator Adam Ebin (D) was the chief sponsor of the bill. Regarding the development, he said:

It’s been a lot of work to get here, but I would say that we’re on the path to an equitable law allowing responsible adults to use cannabis.

Democrats are hopeful that Governor Northam (D) will send back the bill with possible amendments together with an expedited date for legalization. According to the governor’s spokesperson Alena Yarmosky, the governor “looks forward to continuing to improve this legislation”.

The first southern state to vote to legalize cannabis

Following the compromise bill’s passage, Virginia now becomes the first Southern state to vote to legalize recreational marijuana. It now joins 15 other states and the District of Columbia, which previously did the same. According to House Majority Leader Charniele Herring (D), it’s a move in the right direction.

“This moves us in a….direction to strike down and to address those institutional barriers, and over-policing, over-arrests, over-convictions of African Americans who do not use marijuana at a higher rate than our white counterparts, but we seem to get the brunt of criminal convictions,” Herring said.

If the governor signs it into law, the bill will allow Virginia residents to legally use, possess, and sell recreational marijuana at the beginning of 2024. However, it’s still a journey, as Senator Jennifer McClellan (D) underscored.

“If we have already made the decision that simple possession should be repealed, we could have done that today and ended the disproportionate fines on communities of color. Let’s be absolutely clear—this bill is not legalization, and there are a lot of steps between here and legalization,” Sen. McClellan said.

In 2020, Virginia legislators decriminalized marijuana and approved possession of the substance, a civil penalty punishable by a maximum fine of $25. It will be legal in Virginia to possess up to an ounce (28.3 grams) of recreational marijuana under the new legislation. The bill also seeks to control Virginia’s marijuana marketplace.