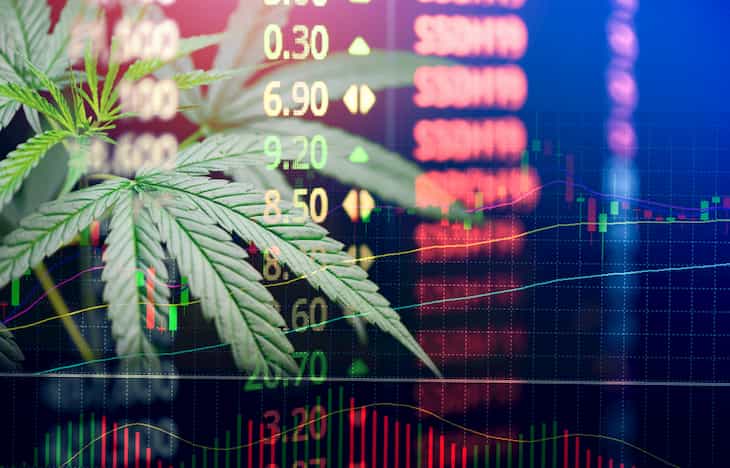 The cannabis industry has witnessed tremendous growth in recent months, despite operating in a harsh environment.

Data gathered by GrowCola.com indicates that investing in the five biggest cannabis companies by market capitalization could have earned investors 231.1% in cumulative Return of Investment (ROI) between March 2020 and November 2020. America’s Green Thumb Industries (CNX: GTII) has the highest ROI at 373.09 % among the sampled companies.

Trulieve Cannabis (CNX: TRUL) also from the US could earn you the second-highest returns at 327.29%. Curaleaf Holdings (OTCMKTS: CURLF), another US-based cannabis company has an ROI of 309.84% making it the third-highest. British based GW Pharmaceuticals (NASDAQ: GWPH) has a return of 63.90%, making it the fourth-highest among the sampled companies. Canada’s Cronos Group (TSX: CRON) has the least ROI in the fifth spot at 52.01%. The research on the ROI overviewed the lowest stock price in March compared to stock prices as of November 15th.

Impact of the pandemic on cannabis stock prices

The highlighted companies either support or are engaged in the research, development, distribution, and sale of medical and recreational marijuana. The ROI can be considered impressive since there was a prolonged market uncertainty due to the coronavirus pandemic.

The pandemic resulted in the rise of cannabis sales, helping some struggling hemp companies make slight recoveries. Customers stocked up their cannabis supply, with many stores shifting to delivery. As the demand flourishes, traded cannabis companies began witnessing a surge in their stock prices.

However, as a safety measure, most of the companies suffered material impact due to shutdowns. Some workers were forced to stay at home to curb the spread of the virus. In general, the health crisis seems to have had little effect on the five companies. Investors should expect further good returns as different jurisdictions plan on legalizing marijuana.

Cannabis show signs of recovery after the rough season

It is worth mentioning that the ROI surged unexpectedly, considering that the cannabis industry was having a rough time before the pandemic. Most cannabis stocks had declined from flattened valuation as they failed to find promised profit. Some companies stared at potential bankruptcy. Most companies were struggling to raise money and had dried up potential investments.

In recent years, the cannabis industry has faced a lot of negative press, which has affected the stock prices. However, in the wake of the pandemic, American based companies witnessed growth as some states began championing cannabis legalization. The development resulted in positive press for the companies.

Notably, cash strapped states view the cannabis sector as one area that can help repair broken budgets. Some states considered cannabis as essential at the onset of the pandemic, posing them to benefit during the period. Notably, cannabis operators in the US had reported positive growth in the first quarter despite a challenging environment. This signaled a positive future outlook.

The cannabis industry is also buzzing as the US Congress is expected to makes some key steps towards supporting the sector. Notably, Congress is set to enable banks to interact with cannabis companies without fear of federal actions through the SAFE Banking Act. Furthermore, The STATES Act bill would allow states to legalize cannabis without risk of federal interaction. The MORE Act would remove cannabis from the federal The Controlled Substance Act.

These are positive gains for the industry. The build-up to the legislation has seen investors express more interest in the leading cannabis companies.