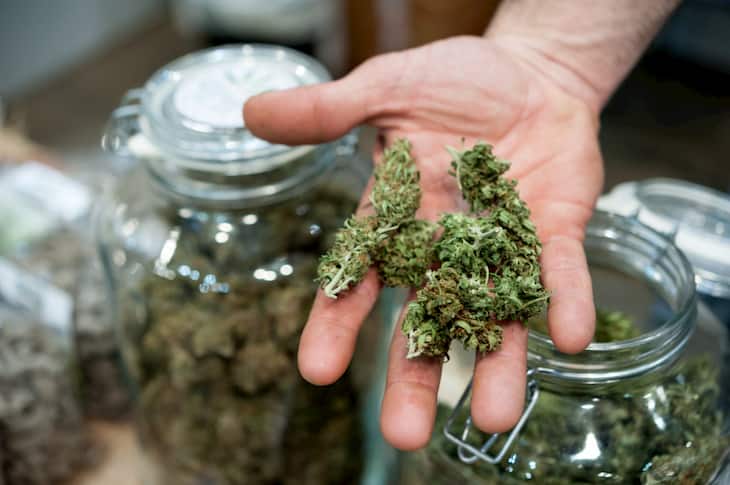 Two Houses on Thursday gave the nod to medical marijuana in the US. In a 68-34 vote, the Alabama House approved Senate Bill 46 that seeks to allow a person with qualifying medical conditions to buy medical marijuana at the physician’s recommendation. All buyers would have to own a valid card for purchasing cannabis.

The qualifying conditions are long but outstanding among them are panic disorders, epilepsy, anxiety, chronic pain, and premenstrual syndrome. Authorized facilities would dispense medical marijuana in oral tablets, capsules, transdermal patches or gels, and creams.

Cannabis products administered by vaping or smoking do not qualify for this service. Similarly, cannabis edibles that are baked or infused into food products such as cookies or candies do not allow. The bill went through the Alabama Senate in February and passed by a 20-10 vote.

The bill will be forwarded to Governor Kay Ivey (R) for signing into law. According to reliable sources, the Senate has to approve the bill one more time before it proceeds to the governor’s desk.

This development came when the prospects of passing medical marijuana in Alabama became somewhat shrouded with bipartisan support. On Thursday, State Rep. Patricia Todd (D), who sponsored the bill, said she was happy it passed, terming it “long overdue.”

At the same time, the Kansas House of Representatives passed a bill that would legalize medical marijuana in the state. The bill entitled House Substitute for Senate Bill 158 passed by a 79-42 vote. It is set to proceed to the state Senate.

As The Wichita Eagle earlier reported, Thursday became the first time the state legislature ever held a floor vote on the issue. The measure will be forwarded to the Senate for approval.

If approved by the Senate, the measure would allow individuals with qualifying medical conditions to obtain medical cannabis at the physician’s recommendation. According to its text, the doctor must have known the patient for at least six months to prescribe medical cannabis.

However, there would be an exemption if a patient switches doctors. In that situation, the former physician would have to inform the medical history and condition. Similarly, if a patient moves from out-of-state and has a recommendation from another doctor, the previous doctor would have to confirm the qualifying condition with the current physician.

Another exemption is in the case of veterans who did not previously receive a recommendation for medical marijuana. Some of the particular qualifying conditions include Parkinson’s disease, multiple sclerosis, epilepsy, and cancer.