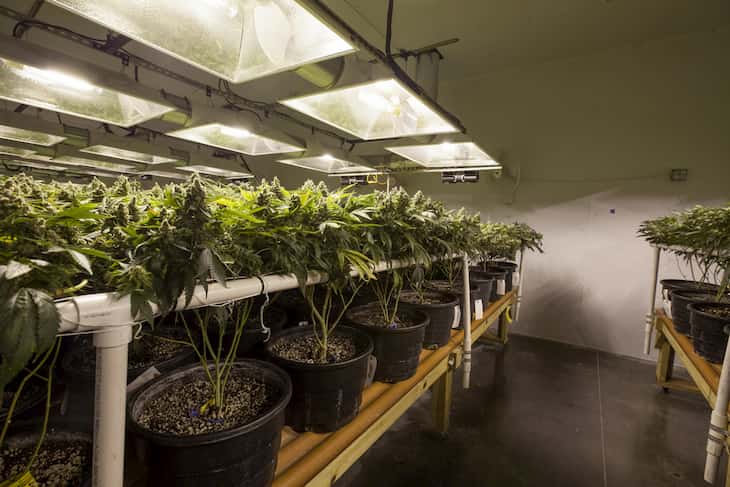 A new development is emerging in New York that could make it America’s next marijuana hub. Kaelan Castetter, a leader in the New York cannabis industry and Chief Executive Officer of Empire Standard LLC, plans to dedicate up to 35,000 square feet of unused offices next to his factory to grow cannabis.

“We are going to build out a state-of-the-art and world-class genetics and cultivation facility together with the manufacturing of our finished goods,” said Castetter. The Empire Standards company has been engaged in making cannabis products using already legal cannabidiol (CBD) at one facility in Binghamton where Castetter wishes to expand.

Empire Standards manufactures and sells CBD-laced salves, oils, smokes, gummies, and drinks. The US Congress permitted the cultivation of CBD in 2018 owing to its relaxing properties. Even so, tetrahydrocannabinol (THC)—the psychoactive ingredient in marijuana, remains illegal federally.

Currently, a good number of US states have approved cannabis for recreational use. Toward the end of March, New York Governor Andrew Cuomo signed a law that allows adults aged 21 and older to possess and use marijuana. This expanded the use of the substance for medical purposes.

A new opportunity for cannabis-allied companies

With the recreational legalization of cannabis in place, companies such as Empire Standard, which are already exploring the market for CBD, can venture into selling THC products.

“How often do you get a chance to be in an established market with a product that has not been allowed to be sold? That’s not even once in a lifetime,” said Jim Castetter, Empire Standard’s sales chief.

The Binghamton factory is about three hours from New York City. It’s the company’s assembly point where it manufactures CBD products. The company sees recreational legalization as a historic opportunity.

Kaelan Castetter believes New York is ripe to become a marijuana hub on the same level as California. California is the most populous state in the US, which legalized recreational cannabis through a voter-approved ballot measure in 2016.

“New York has set priorities in legislation, but yet they’re going to have to follow through and make an industry that is truly accessible to all,” Kaelan Castetter said.