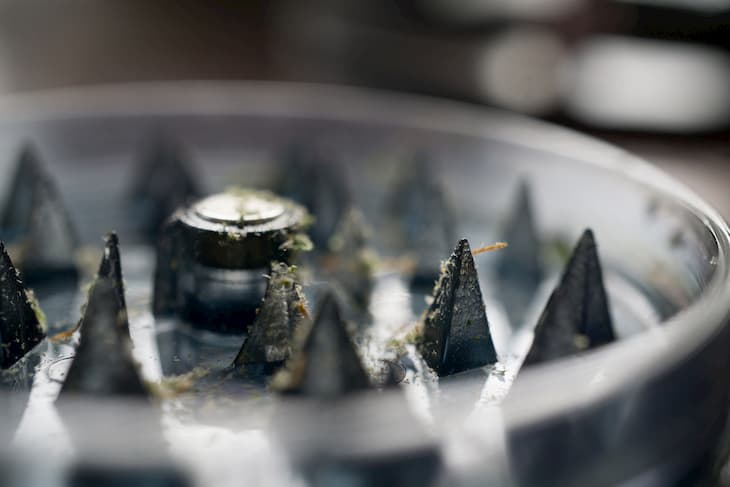 A man in Lithuania got caught by local police with 0.95 oz (27 grams) of marijuana and a cannabis grinder received a severe sentence. The local district court of city Panevezys ruled that the man was guilty of not only the possession of illicit psychotropic substance but also the possession of marijuana production facilities – the marijuana grinder. The man was sentenced to 50 days in prison.

Local police stopped a car for a random check. Officers found 27 grams of marijuana wrapped in a piece of foil. The driver admitted that he had bought cannabis in a local flea market from an unknown person for his own use.

“I like to smoke marijuana quite often, so I bought a little bit more of it” – the man admitted in court. He was already known to the local authorities for other minor crimes not related to narcotics.

The man was immediately locked up in detention, and a few hours later, officers were already shaking his house. There were no drugs at his home, but police found a marijuana grinder that you can legally buy in Lithuania for a couple of euros.

Some time ago, I was given it to me by a friend. I use it for shredding my cannabis, the accused explained.

Officials stated that they often find such devices at marijuana enthusiasts, and if they detect cannabis residue, it is usually at risk for illegal possession of the drug.

However, this time the court was very “creative”, and the marijuana grinder was named as the equipment for cannabis production. In Lithuania, equipment production for producing narcotic drugs and psychotropic substances is a serious crime, punished for up to 4 years in prison. The man was charged with this crime for his marijuana grinder. However, the final sentence was given 75 days in jail. Because he admitted the crime, it was shortened to 50 days.

Marijuana is classified as a dangerous drug in Lithuania. Distribution (even sharing a cannabis joint) is punishable by a term of imprisonment of 2 to 15 years, depending on the quantity. However, people expect that many European Union countries will slightly change the attitude towards cannabis, as the U.N. commission removed marijuana from the list of the most dangerous drugs 4 days ago.