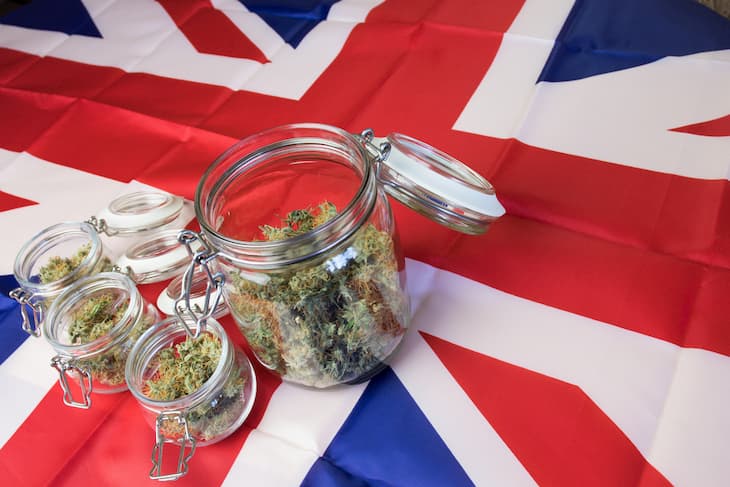 In the last couple of days, a story of an 8-year old boy who was denied a cannabis-related treatment has been doing rounds in the media. Murray Gray from Edinburg was denied CBD-related treatment on the NHS for his epileptic seizures. But what do the UK’s weed laws say?

Cannabis has remained illegal in the UK since 1928. The UK classified cannabis as a Class B drug under its weed laws. Ever since, the country strictly prohibits possession, cultivation, and sale of the substance. Based on the UK’s classification, marijuana falls in the same category as amphetamines and other drugs of similar chemical nature.

According to the law, any person caught in possession of weed is liable for prosecution with a five-year jail term. Offenders are also charged an unlimited fine. The two punishments can go together, but the court can only impose one if one is lucky enough.

Additionally, any person caught supplying or producing cannabis can be sentenced to a 14-year jail term, with unlimited fine upon proof of conviction. In this case, it’s up to the court to determine if the offender is liable for one penalty or both. Besides, the UK’s cannabis laws also ban the use of the substance within closed premises or personal property.

However, recently there has been a subtle relaxation of cannabis laws, leading to restricted medicinal usage of the substance. After several high-profile cases, the UK arrived at a decision that ignited a debate of allowing medicinal marijuana use in the country.

Germany moving to legalize marijuana will spark wildfires in Europe Marijuana not performance-enhancing: declares Nevada after legalizing cannabis use for MMA athletes Legal cannabis possession is first on the list of new Connecticut laws

Marijuana legalization advocates in the UK see this as a great leap. The move led to the much-needed acceptance of the therapeutic benefits of the substance. So far, the revised laws allow doctors in the UK to prescribe cannabis oil or related medications to approved patients.

As more and more countries pursue cannabis legalization, the question that begs an answer is whether the UK is ready to embrace a change. Just a few days ago, four more US states approved cannabis legalization on Election Day. This brings to 15 the number of states that now allow recreational marijuana in the US. For medicinal use, all 52 states accept the substance.

In the UK, it seems the costs associated with processing legalization could be too hefty for the government at the moment. Maybe the NHS might need to sell it at a lower price or free to qualified patients. Additionally, it comes with extra costs of setting up facilities for growing, manufacturing and selling the drug.

Finally, there would be a need to set up regulatory bodies to monitor those facilities’ operations. But for countries that have legalized the drug, they believe it generates a good tax income that could well make up for the costs.

Since when cannabis is illegal in the UK?

Cannabis has remained illegal in the UK since 1928. The UK classified cannabis as a Class B drug under its weed laws. It falls in the same category as amphetamines and other drugs of similar chemical nature.