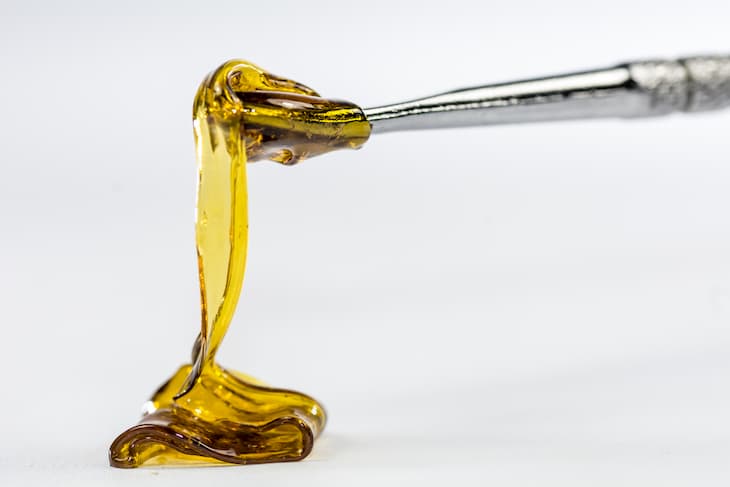 Marijuana consumption methods have improved for the better over time. From a simply rolled joint that was the best means many years ago to various cannabis edibles, dabs, oils, and many more.

Dabbing is one of the modern ways of consuming cannabis concentrate. According to the fans of this method, it is considerably safer than consuming the dry herb, mainly due to lack of combustion.

Furthermore, many proponents of flower also believe that dabbing is a more potent way of consuming cannabis. This guide looks at how dabs compare to joints based on strength, health risks, and other qualities.

Traditionally, a joint is the most common way of consuming cannabis. Ideally, a joint roll contains pure cannabis, but some smokers may prefer adding a bit of tobacco for a different smoking experience. This method requires only two things – cannabis and a rolling paper.

Dabs are also known as wax, shatter, amber, honeycomb, or budder. These are concentrated versions of butane hash oil (BHO), which has higher concentration levels of THC. Dabs are produced through a chemical process that uses butane oil to extract the oils from cannabis.

Smoking joint for the first time – it’s essential to do it correctly “Joints for Jabs”: Washington State encourages residents to get vaccinated “The Fight Isn’t Over!” legal weed crusaders declare during a Cannabis Parade in New York

The process involves pouring butane over cannabis, which extracts THC from cannabis. The THC dissolves into butane and leaves a gummy, semi-solid substance with high amounts of THC.

According to some studies, dabs can have a THC concentration level of up to 80% compared to traditional marijuana, which has only about 10-15% THC concentration. A standard dab is four times stronger than a joint. Additionally, people who consume dabs experience an intense high delivered all at once instead of gradually building it over time.

The production process of dabs can cause some challenges, especially for those who choose the DIY extraction route. There is the risk of getting burned during the extraction process because butane is highly inflammable. However, ready-made dabs from reputable sources don’t have such challenges.

Many cannabis enthusiasts believe dabbing is a safer method of consuming cannabis because it is so highly concentrated. Besides, users only have to take one hit to get high. However, there is no safe level of drug use. Any substance, cannabis included, carries some risk. Dabs are no exception.

According to one study, dabbing can cause higher tolerance and worse withdrawal symptoms. Notably, users should not assume that dabbing carries the same risks as smoking marijuana. The two are entirely different.

Additionally, dabbing comes with several side effects such as increased heartbeat, crawling sensations on the skin, blackouts, loss of consciousness, and other psychotic symptoms like hallucinations and paranoia. According to one study conducted at Portland State University, dabbing may also expose users to increased levels of toxins and other carcinogenic compounds.

In terms of potency, dabs score higher than joints. Most joints deliver between 10 and 25% THC, while dabs provide up to 80% THC. Besides, inhaling a dab could provide ten times the amount of THC as a joint, which is damn potent. For that reason, first-time and inexperienced smokers would probably want to wait until they have developed tolerance before they can try dabbing.

Cannabis joints vs dabs: which one tastes better?

Both joints and dabs appeal to all five senses of sight, hearing, taste, touch, and smell. Senses are so objective, and some users swear by dabs because they believe the extraction process leads to a pure product whose taste is the best. Well, they have a point.

When it comes to consumption difficulty, joints are much easier to consume. Rolling a joint is equally easy, and those who don’t have the skills can buy pre-rolled joints. On the other hand, making a dab requires special equipment such as an extracting machine, including a water pipe, a dome, a nail, and a dabber. The equipment is expensive.

Both dabs and joints are fantastic and have their places. If you would want to try dabbing, you should consult a budtender for appropriate advice. These days there are entry-level kits that are affordable to first-time users.